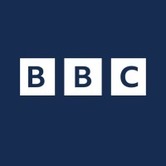 The BBC is the world’s leading public service broadcaster.

We’re impartial and independent, and every day we create distinctive, world-class programmes and content which inform, educate and entertain millions of people in the UK and around the world.

We do this across:-

A portfolio of television services, including the UK’s most-watched channel BBC One, the pioneering online-only youth service BBC Three, and our multi award-winning channels for children, as well as national and regional television programmes and services across England. Northern Ireland, Scotland and Wales

- Ten UK-wide radio networks, providing the best live music broadcasting in the UK, as well as speech radio which informs, educates and entertains. We also have two national radio services each in Scotland, Wales and Northern Ireland and 39 local radio stations across England and the Channel Islands, providing an invaluable and unique service to listeners across the UK

What we love about BBC:

💡 The awareness that flexibility may be essential for some people's lives and personal circumstances.

What's worth checking with the BBC:

💡 Not all options may be available depending on the role

What's worth checking with the BBC:

💡 Not all options may be available depending on the role

We're always happy to discuss flexible working. Although you can mention it in your application, this isn't mandatory and will be discussed at offer stage.

As a BBC employee based in the UK, we always welcome flexible working arrangements, as we understand people can work better a different way, or need the flexibility to combine they work with their personal life and commitments.

Should you be successful in a role with us, we could discuss different options such as:

You will then need to discuss options with your future manager, to make sure this can work with the type of role you're going for.

WORKING PATTERNS WE OFFER
Part-time: An employee who works fewer hours than a full-time worker. There is no specific number of hours that makes someone part-time, but a full-time worker will usually work 35-40 hours a week.
Term-time: These are contract based agreements that are used to accommodate an individuals childcare responsibilities during school holidays, as well as for staff who work in the education sector.
Annualised Hours: This is an employment contract where the employee's working hours are calculated on an hourly basis, rather than daily or weekly. Those hours are at times stipulated by the employer during the year.
Flexi-Time: This is a working schedule that allows employees to choose when they start and end their workday, usually to accomodate an individuals needs and other commitments outside of work.
Core Hours / Staggered Hours: Core hours refer to specific times an organisation requires an employee to work, for example 10am to 4pm. Staggered hours are when an employee has different start and finish times from other workers.
Compressed Hours: This is where an employee increases the volume of hours worked each day in order to reduce the number of days worked.
WORKLOAD OPTIONS WE OFFER
Job Share: An arrangement where two people, or sometimes more, are retained on a part-time or reduced-time basis to perform a job normally fulfilled by one person working full-time.
Phased Retirement: This refers to an approach that gives employees the ability to manage the transition from full-time employment to retirement.
WORKPLACE OPTIONS WE OFFER
Hybrid Working (Office / Home): This means an employee splits their time between the workplace (usually office based) and remote working (usually at home).
Remote or Mobile Working: This is a type of working arrangement that allows an employee to work from a remote location outside of corporate offices.
Work From Home (WFH): This is where an employee has the ability to set up their workspace at home, and manage their work without the need to go to the office.
Office Working: This refers to an employee being physically present in the workplace to fulfil their contractual responsibilities.
LIFE EVENTS WE OFFER
Career Breaks / Sabbatical: These are an extended periods of agreed absence from work. The term is often used interchangeably with "sabbatical", which is generally taken to mean a shorter period of leave of several weeks or months.
Shared Parental Leave: This allows parents to share a portion of leave and pay with their partners to care for children from birth, usually until their first birthday.

*Please note that not all flexible working options may not be available for every role.